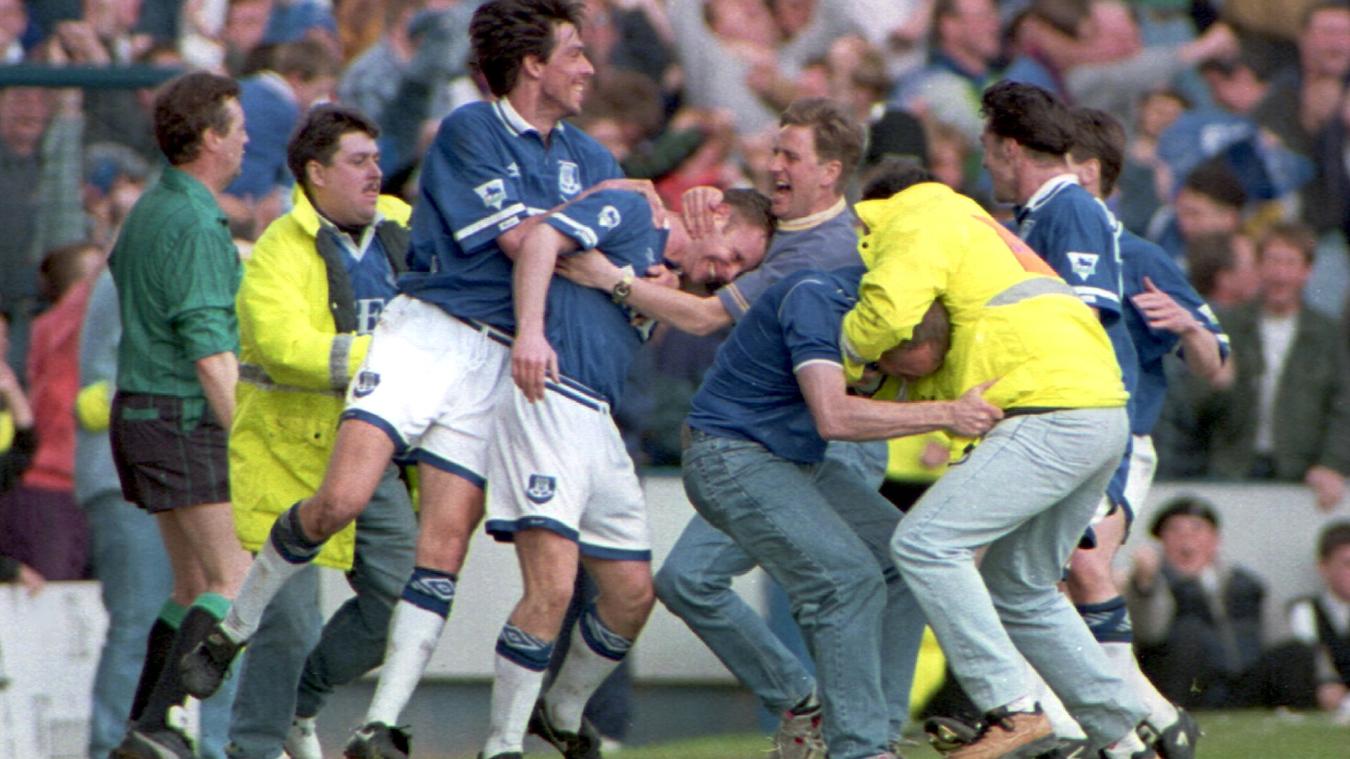 On Saturday, 7 May 1994, Everton’s Premier League future looked in severe jeopardy. They began the day in the bottom three after a shocking campaign and faced the real prospect of being relegated to the Endsleigh League Division One.

On the final day, they faced Wimbledon at home. The Crazy Gang were the most in-form side in the division coming into the game, having won seven of their last nine matches. After 20 minutes, things looked very gloomy for the Toffees’ faithful. A Dean Holdsworth penalty and an own goal by Gary Ablett had the home side 2-0 down.

A lifeline was thrown by Graham Stuart’s own penalty in the 24th minute but at half-time, Everton were the only team of the strugglers to be losing. They were going down at this stage.

With nothing to lose, manager Mike Walker threw everything available to him off the bench. On 67 minutes, Barry Horne hit the goal of his life. The Welshman’s rocket into the top corner made it 2-2 and gave the supporters real belief of the great escape. With nine minutes left, ecstasy swept the ground.

Stuart played a fairly untidy one-two combination with Tony Cottee and the midfielder took a weak shot on which somehow squirmed past Hans Segers and into the net. This moment came under further scrutiny when the Dutchman became at the centre of match-fixing allegations less than a year later. In his autobiography, ‘The Final Score,’ his claim was: “He (Stuart) hit a shot that took a deflection off another player’s leg, so that made the ball change direction slightly. The pitch was uneven and the ball hit a bump and spun beyond my control as I dived.”

At the full-time whistle, fans ran onto the pitch in celebration. Everton’s win meant they were safe as long as the other teams they were fighting with all hadn’t won. None of them did. Sheffield United’s late loss at Stamford Bridge meant the Blades went down instead with Oldham Athletic and Swindon Town.

It wouldn’t be the only escape Everton would have against the drop in the 1990s on the final day either. This one was down to fighting spirit, luck and a very poor piece of goalkeeping.