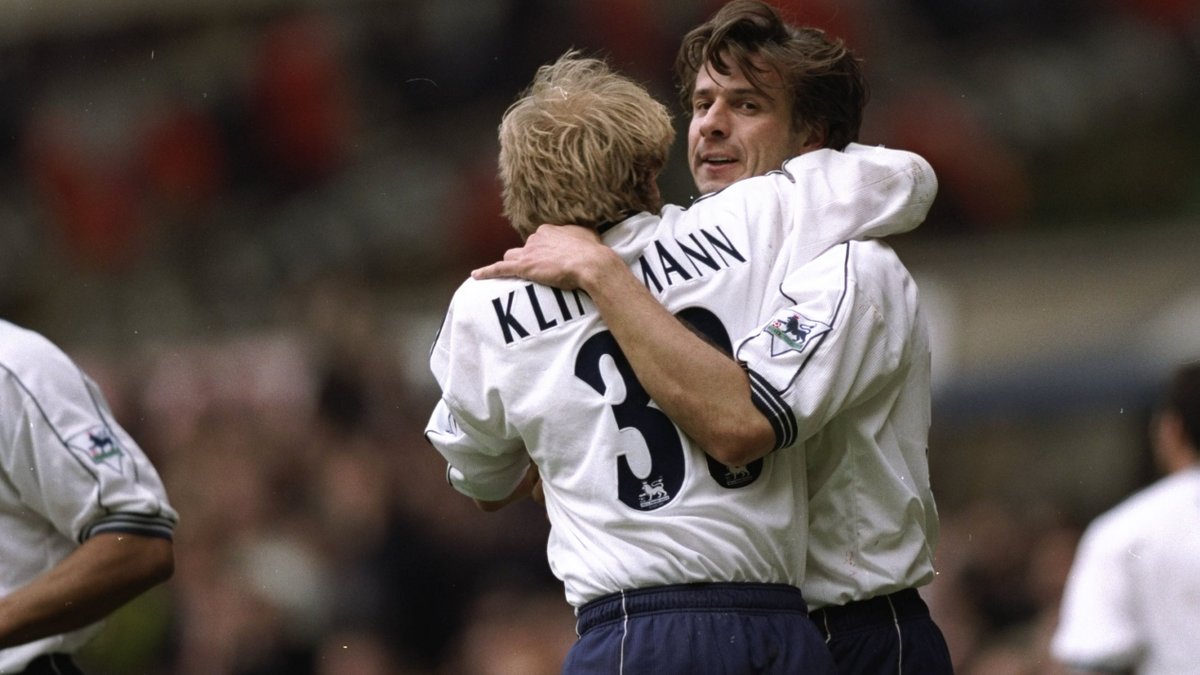 Tottenham Hotspur’s 1997-1998 Premier League season had not gone to plan. Gerry Francis resigned as manager in mid-November and Swiss Christian Gross had struggled to galvanise the team from their slumber. Relegation was still a distinct possibility going into the final Saturday of the season.

Only a win would guarantee their Premier League status before the final day and a trip to Selhurst Park to take on a fiery Wimbledon side was not the ideal fixture to have at this stage of the season. Luckily for Tottenham supporters, they had a 33-year-old forward who used this day to roll back the years.

Jurgen Klinsmann had arrived for a second spell at the club just after Christmas and his presence back in north London had got supporters excited. He was in electrifying form here as Tottenham chalked up their biggest win of the season at just the right time. 18 minutes had been played when he made his first contribution, setting up Les Ferdinand for the opening goal. Ferdinand had now scored in back-to-back games but these were to be his only two goals of a disappointing first campaign at White Hart Lane.

In typical Wimbledon fashion, they responded brilliantly and two quality strikes from midfielder Peter Fear had Tottenham fearing the worst. 2-1 down and with relegation rivals Newcastle United and Bolton Wanderers winning in games that were kicking off simultaneously, the need for victory became even greater. Cue Klinsmann’s next moment as the German international skipper reached a cross from David Ginola four minutes before half-time to level the game at 2-2.

The game completely changed early in the second half. A wild challenge on Allan Nielsen by Ben Thatcher left referee Graham Barber with little option but to send the Wimbledon defender off. This allowed Klinsmann more space and his finishing was absolutely clinical. He put Tottenham ahead on 54 minutes after Nicola Berti had robbed Brian McAllister of possession. Then, he latched onto Ferdinand’s flick-on to complete his hat-trick. 120 seconds later and the game was all over with Klinsmann producing another ferocious strike into the far corner. There was still time for substitute Moussa Saib to complete the scoring.

Tottenham were safe and finished 14th, above Wimbledon ultimately in the final standings. Klinsmann played one more match for the club and hung up his boots after Germany’s exit from the World Cup 1998 quarter-finals. His place in Spurs folklore was now firmly guaranteed.