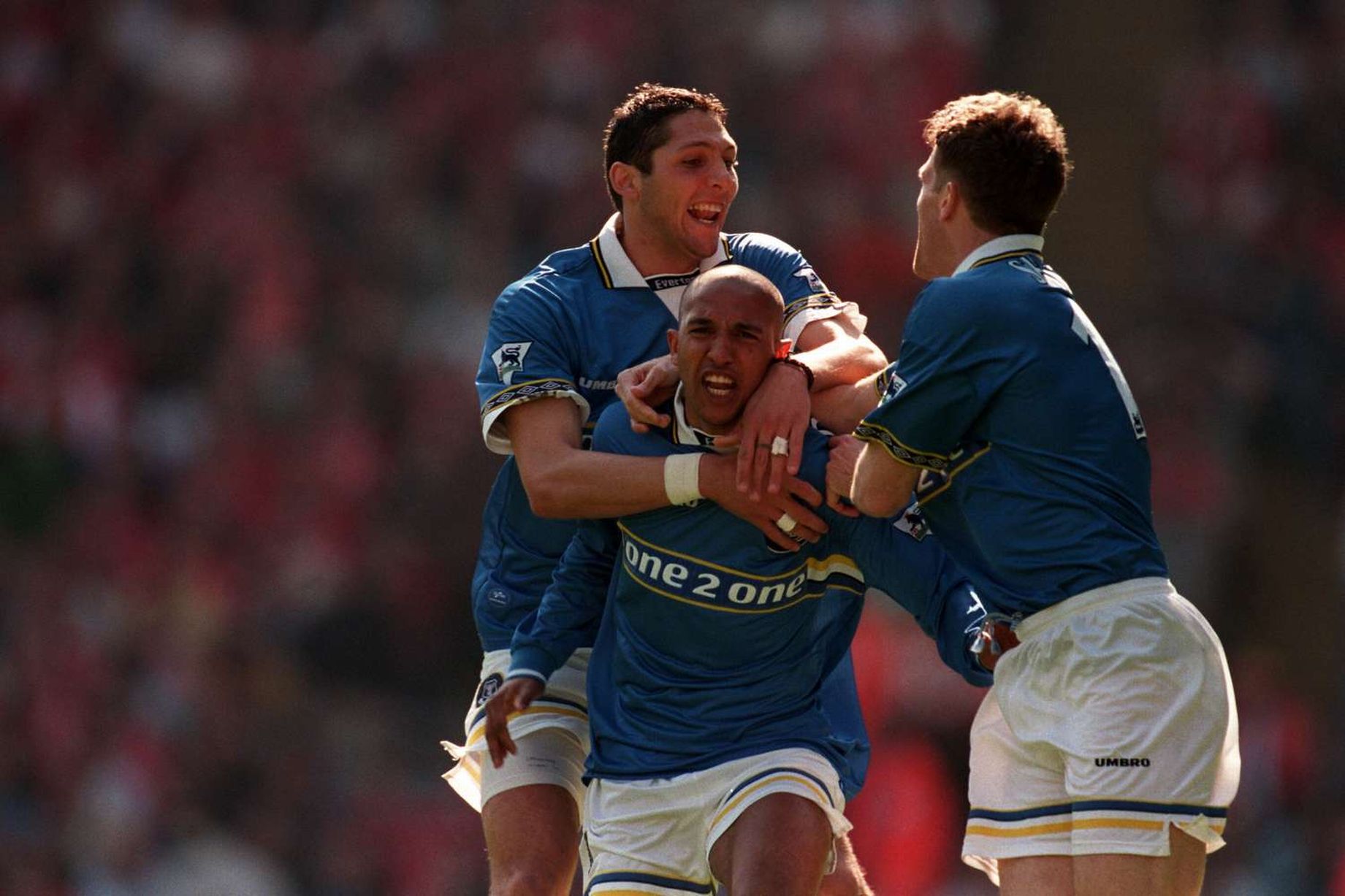 Former French international Olivier Dacourt was a big part of Leeds United’s run to the 2001 UEFA Champions League semi-finals and he is best known for some impressive power behind his shots on-goal.

Dacourt made his professional debut in 1993 playing for Strasbourg in the French league and featured 127 times for the club over the course of the next five years. Everton and Walter Smith brought him to the Premier League in the summer of 1998. He quickly became a fans favourite at the club and scored a wonderful goal in the Merseyside Derby of April 1999, even though the Toffees lost 3-2 to Liverpool FC at Anfield. Less than a month later, Dacourt stated his desire to leave having admitted he hadn’t settled as well as he hoped. Everton fans responded by booing him constantly during their final home game of the 1998-1999 season; a 6-0 thumping of West Ham United.

Olivier got his move back to France, joining RC Lens but after one season back in his home country, he was back in the Premier League. Moving to Leeds United for £7.2 million in the summer of 2000, he became Leeds’ most-expensive player. His tenacious style of play meant he became a favourite with the faithful at Elland Road. Playing alongside David Batty, he was a regular member of David O’Leary exciting side that impressed European football by reaching the semi-finals of the UEFA Champions League before being beaten by Valencia over two legs.

He scored three times that season, including a free-kick winner to defeat league runners-up Arsenal. His form for Leeds saw him become an international regular with France and although he missed out on the country’s dire World Cup defence of 2002, he won the Confederations Cup twice and made their EURO 2004 squad. By now, he was playing in Italy after a spectacular falling out with Terry Venables led to him being frozen out of the first-team picture in Yorkshire. He then had nine games with Fulham on-loan in 2009 before ending his career with Standard Liege in 2010.

Dacourt is now a television pundit back in his native France.