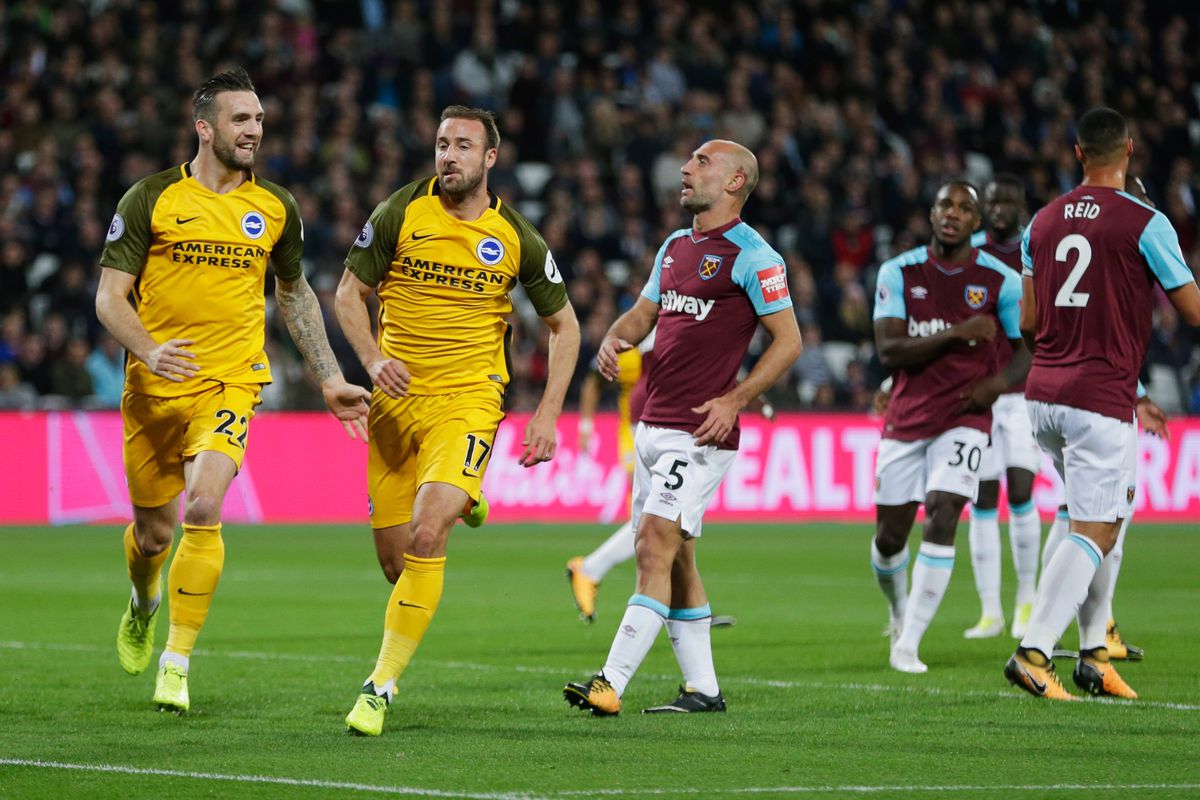 Throughout every Premier League season, there are always some pivotal matches that can define a club’s season. Newcomers Brighton & Hove Albion turned up at The London Stadium on Friday 20th October 2017 still looking for their first away win at this level.

Chris Hughton’s side had recorded seven points from their last three home matches but had already lost on their travels to Leicester City and Arsenal without scoring and conceded a lead to lose a South Coast Derby with AFC Bournemouth on a previous Friday night excursion.

Outsiders before kick-off, the Seagulls put in a devastating performance full of class, hunger and panache. From the moment Glenn Murray headed them infront after just 12 minutes from a free-kick, West Ham United looked a beaten team. Jose Izquierdo scored his first goal in English football with a curling shot that beat Joe Hart far too easily. West Ham’s players completely froze and Brighton took them apart with a performance that made them look like seasoned campaigners. Murray scored his second of the evening from the penalty spot to complete a resounding 3-0 victory.

For the embattled West Ham boss Slaven Bilic, the end was near. The popular Croatian was looking like a man on borrowed time with every passing week. Despite receiving a vote of confidence from the board before this match, opinions change quickly in this game. Two weeks later, Bilic was sacked by owners David Gold and David Sullivan and replaced on a short-term basis by David Moyes.

This performance from Brighton forced the Hammers hierarchy into a change of thinking and it would work out for them. They finished 13th and two places above Brighton in the final table. However, the Seagulls did complete their first-ever Premier League double against the Hammers with a 3-1 home victory in February 2018.