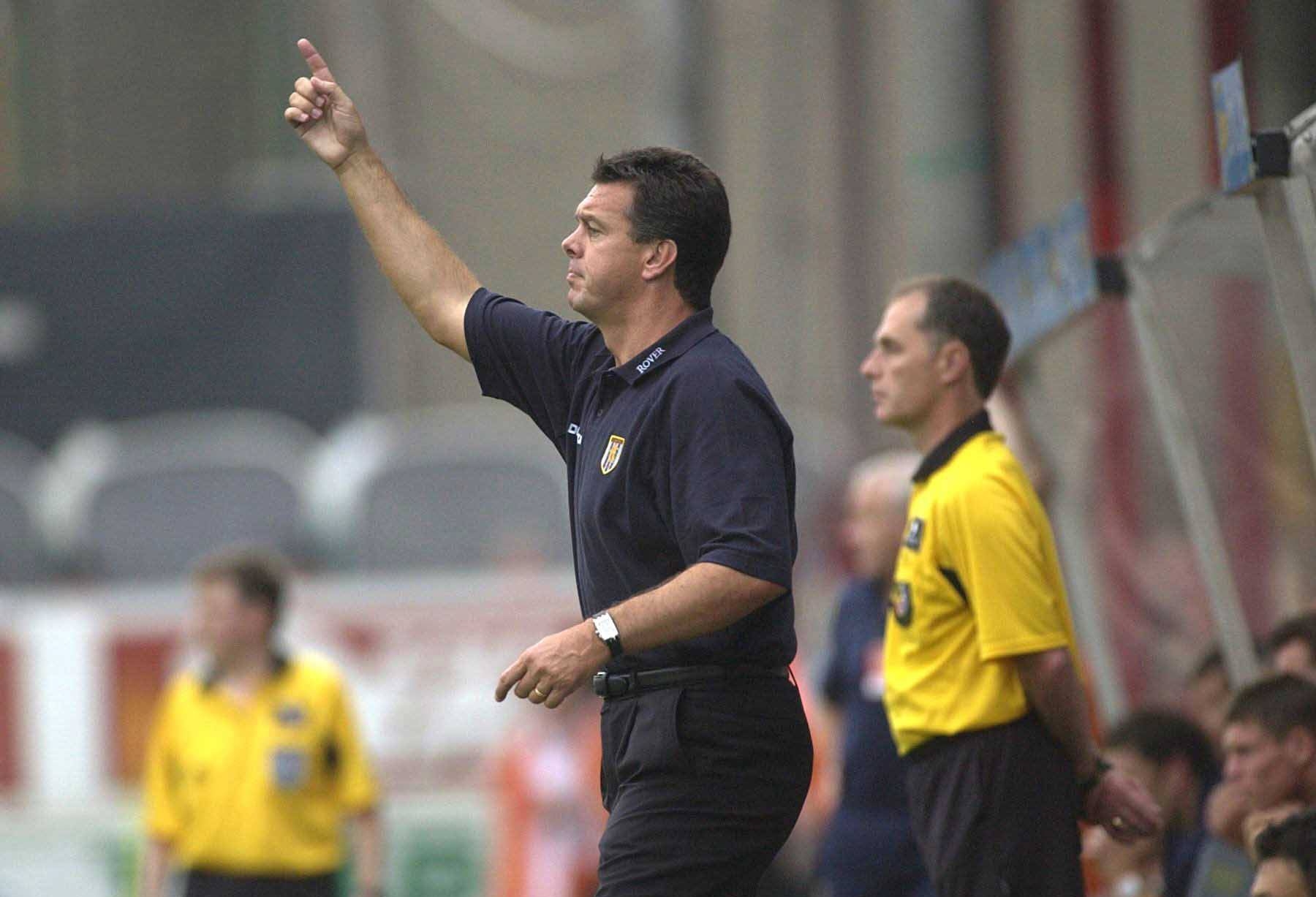 It has been seven years since David O’Leary has held down a position as a manager and over 12 years since his last Premier League job. It is rather unlikely now that a man who still holds the record for most-ever appearances for Arsenal as a player will return to the dugout.

O’Leary’s playing career saw him win two league championships with Arsenal and also play a key role in the Republic of Ireland’s run to the 1990 World Cup quarter-finals in Italy. As a manager, his best achievement was getting Leeds United to a UEFA Champions League semi-final in 2001 and equalling a successive wins record in his first season as Leeds boss, set by Don Revie’s all-conquering side of the 1970s.

As a player, O’Leary played as a no-nonsense central defender and was a heartbeat of the Arsenal sides throughout the 1970s and 1980s. He made his league debut for the Londoners in 1975 and would go on to make a club-record total of 558 league appearances and 722 in total.

His first major honour as an Arsenal player came as part of the winning FA Cup squad in 1979 when they beat Manchester United in a thrilling conclusion to that final. He actually featured in three successive cup finals as the Gunners made the showpiece event in English football at the time in 1978 and 1980, losing to Ipswich Town and West Ham United respectively.

In November 1989, he surpassed George Armstrong’s all-time record of club appearances. By now, the new generation of central defenders was coming through and O’Leary was playing the back-up role to Tony Adams and Steve Bould. Nevertheless, he was still very influential in the dressing room at Highbury as Arsenal ended Merseyside’s dominance of the league championship to win the crown in 1989, beating Liverpool FC at Anfield in that unbelievable climax to the 1988-1989 season.

A second league title followed in 1991 and his last honours came with the FA Cup and League Cup double of 1993. That summer, he ended his 19-year association with the club, joining Leeds United on a free transfer. He made only 10 league appearances before an Achilles injury was sustained which he never recovered from. David announced his retirement from professional football in 1995, having not played for nearly two years.

On the international scene, O’Leary will always be remembered for one of the most important strikes of a football in the history of the Republic of Ireland. It was his decisive goal in the shootout victory over Romania in Genoa that took the Irish to the World Cup quarter-finals in 1990. It was their maiden World Cup campaign. He won 68 caps for his country, scoring just once in a European Championship qualifier against Turkey.

O’Leary’s first break arrived in September 1996 when Leeds United sacked their 1992 title-winning manager, Howard Wilkinson. Former Arsenal boss George Graham was installed as his successor and he immediately put O’Leary on his coaching staff as his assistant. O’Leary learned a lot from the master and when Graham left for the Tottenham Hotspur job in early October 1998, he had a chance of getting George’s job.

Leeds’ preferred candidate at the time was the Leicester City boss Martin O’Neill. However, he elected to stay loyal to his current employers and turned the job down. Having not managed to attract the big name, the hierarchy decided to upgrade O’Leary to the managerial role on a full-time basis. There was a lot of trust placed in him and David didn’t disappoint. He allowed the likes of Jonathan Woodgate, Harry Kewell and Alan Smith to blossom in the first-team and kept the experienced personnel of Lucas Radebe and Nigel Martyn around to help the young chargers out.

Leeds went on a stunning run of seven successive league victories in the Spring period of 1999, equalling a record set by Revie’s championship-winning sides of the 1970s. Only a goalless draw with Liverpool FC in mid-April stopped that sequence but Leeds finished an excellent fourth and qualified once again for the UEFA Cup.

In 1999-2000, Leeds led the table into the New Year, despite selling star striker Jimmy Floyd Hasselbaink to Atletico Madrid. Although Manchester United successfully overtook them, Leeds went into April in second place in the table and a UEFA Cup semi-final. Then, the club was struck by tragedy.

24 hours before the European semi-final with Galatasaray, two Leeds United supporters were stabbed following altercations in Istanbul and both lost their lives. Leeds lost the semi-final over two legs and were united in grief. It took a lot out of the players who struggled through the remainder of the campaign, winning just one further match. However, they did enough to claim third place and a spot in the 2000-2001 UEFA Champions League after drawing on the final day at Upton Park. It was the least they deserved for a stunning year of football.

O’Leary kept Leeds together in such a tough time and with the added cash for the Champions League adventure, began to splash it out. Rio Ferdinand joined from West Ham United for £18 million and other big arrivals would follow, including Olivier Dacourt, Robbie Keane and Robbie Fowler. Leeds enjoyed their maiden adventure in Europe’s premier club competition. The likes of AC Milan and Deportivo La Coruna were beaten and Leeds went further than any other English side, reaching the semi-finals before bowing out 3-0 on aggregate to Valencia.

Premier League form dipped though. European distractions left Leeds in a lowly 13th place in the table going into 2001 and despite a strong second half of the campaign; they were pipped to third spot on the final day thanks to Liverpool FC’s resounding 4-0 victory at The Valley. It wasn’t known at the time but this would be the start of Leeds’ decline. Peter Risdale had sanctioned transfer fees and spending believing the club would continue qualifying for the Champions League every season. It turned out to be a bad misjudgement.

In 2001-2002, Leeds topped the table again on New Years’ Day but they couldn’t sustain the pace set by Arsenal, Liverpool FC and Manchester United. Newcastle United’s remarkable improvement under Sir Bobby Robson pushed Leeds back into fifth position and another season of UEFA Cup football. Some Leeds fans were losing faith with O’Leary’s lack of silverware despite an enthusiastic approach to the football they were seeing. Risdale agreed and sacked the manager in June 2002.

After a season on the sidelines, O’Leary returned to management in June 2003, succeeding Graham Taylor as manager of Aston Villa. Villa had finished the previous season in an underwhelming 16th position and were hoping for much better. However, they didn’t have a huge budget as Doug Ellis had rained in the spending. Only the relegated Sunderland duo of Thomas Sorensen and Gavin McCann were acquired in pre-season.

It was a slow start and Villa sunk to 18th in the table when they lost 4-0 to Manchester United at Old Trafford in December 2003. Yet, they went on a wonderful run in the second half of the season and only narrowly missed out on UEFA Cup qualification after a final day defeat to the Red Devils. Villa finished in sixth position, keeping O’Leary’s impressive record up of never finishing outside the top six as a Premier League boss.

The next two seasons afterwards were unremarkable and disappointing for all connections. Villa dropped to 10th in 2004-2005 and 16th in 2005-2006. The signings of Milan Baros and Kevin Phillips didn’t quite work out and with Ellis about to sell the club to American businessman Randy Lerner, O’Leary departed in the summer of 2006 by mutual consent.

His only managerial appointment since was a short spell with Al-Ahli in the United Arab Emirates. He won just six of his 15 matches’ in-charge and was sacked in April 2011. A messy two years followed with a financial dispute between the club and O’Leary which was eventually settled with David winning £3.34m in compensation through the FIFA players’ status committee.

O’Leary still lives in Yorkshire today and does some work for Arsenal as a club ambassador.