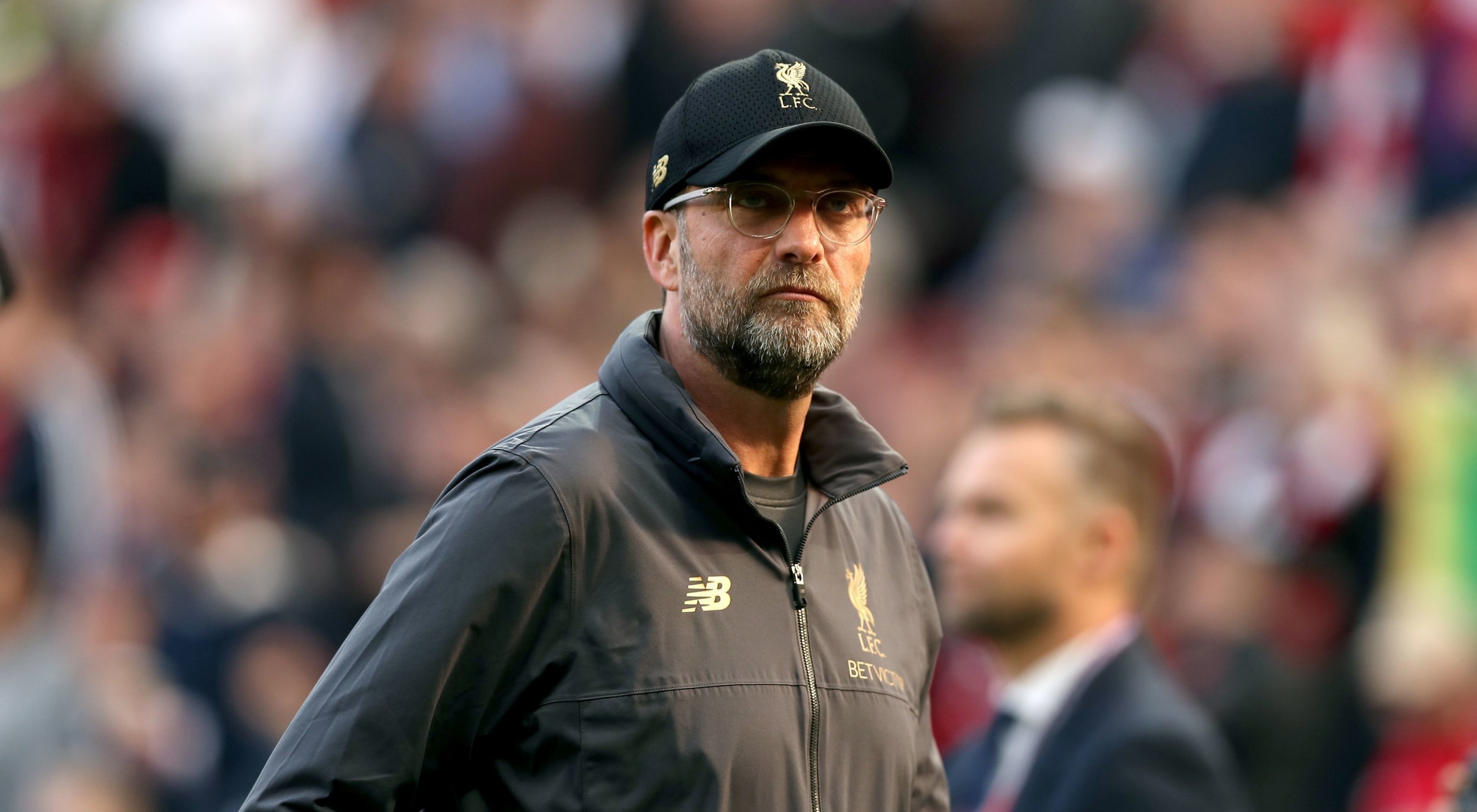 After deciding to part ways with Brendan Rodgers in October 2015, Liverpool FC turned to Germany and one of the most charismatic managers in the game to revive their fortunes. The Reds had won just one trophy in nine years and had only qualified for the UEFA Champions League once in five seasons.

Jurgen Klopp was on a managerial break after ending his successful stint with Borussia Dortmund in May 2015 but the lure of managing one of the most passionate clubs in world football was simply too much to turn down. Klopp has galvanised Liverpool into an exciting team again, adding more defensive steel in the last 12 months and it means the Merseysiders have a real chance of ending their league championship drought this season.

Often believed to be the man who created the philosophy known as ‘Gegenpressing,’ Klopp is considered as a popular manager with the media too but he will need to start turning Liverpool into serial winners in the coming years.

Born in Stuttgart in 1967, Jurgen Klopp grew up in the Black Forest countryside village of Glatten in Germany. Introduced into football by his father Norbert, Klopp supported VfB Stuttgart as a boy but actually aspired to be a doctor during his education. Liverpool supporters are probably relieved he decided to go down the football route.

In 1990, he signed for Mainz and began a relationship with the club that lasted nearly 20 years. He is still considered as one of Mainz’s finest icons, playing for the side for 11 years. He scored 52 league goals in 325 club matches, starting out as a forward before being converted into a defender in 1995. Mainz have been a stable of the Bundesliga for several years now but in Klopp’s time, they were one of the smaller sides competing in 2. Bundesliga and he never played as a player in the German top-flight.

In 2001, Jurgen decided to hang up his footballing boots, as he began to realise that his qualities as a coach could lead to a longer career in football. Mainz didn’t want to see one of their idols leave and when they elected to sack Eckhard Krautzen, Klopp was appointed as his successor. His first match as a manager came on 28th February 2001, spearheading his team to a narrow 1-0 victory over MSV Duisburg. 18 years on, Klopp is now widely regarded as one of the best managers currently in the game.

Klopp actually won six of his first seven matches as a manager and he achieved promotion to the Bundesliga with Mainz in 2004 after two near-misses in previous campaigns. It was Mainz’s first-ever promotion into the big league in Germany.

In those days, the big-hitters in the Bundesliga when it came to coaches were Felix Magath at Bayern Munich, Jupp Heynckes at Schalke, Bert van Marwijk at Borussia Dortmund and Thomas Schaaf who had recently led SV Werder Bremen to a league and cup double. Despite having one of the smallest budgets and the smallest stadium in the division, Klopp led Mainz to back-to-back 11th place finishes and a maiden European campaign where they lost to Sevilla in the first round of the 2006 UEFA Cup.

In 2007, Mainz were relegated which was a major blow for Jurgen and one he was unable to recover from. After missing out on an instant promotion back to the top-flight in 2008, pipped by Hoffenheim and Cologne, Klopp resigned at the end of the season, finishing with a record of 109 victories, 78 draws and 83 losses from his tenure as their manager.

Borussia Dortmund though had been impressed with Klopp’s reign at Mainz and needed a lift out of the doldrums.

Borussia Dortmund finished the 2007-2008 Bundesliga season in a miserable 13th position and unsurprisingly, dismissed Thomas Doll after this underwhelming campaign. Klopp was seen as the man to revive their fortunes.

Under his stewardship, Dortmund boasted one of the youngest squads in the league and Klopp allowed players like Shinji Kagawa and Mats Hummels to flourish and become household global superstars. After finishing sixth and fifth in his first two full campaigns as BVB boss, it all came together in season 2010-2011. Dortmund won 14 matches in a row to sit top of the table at the winter break and helped by 16 goals from Lucas Barrios, they couldn’t be caught by Bayer 04 Leverkusen and Bayern Munich. Dortmund’s seventh league championship was sealed in late April with a 2-0 home victory over Nürnberg. They became the youngest-ever side to win the Bundesliga.

It got even better in 2011-2012. They gathered 81 points, enjoyed a 28-match unbeaten run and equalled Bayern Munich’s record of 25 victories in a league season. A second title followed and a resounding 5-2 thrashing of Bayern in the 2012 DfB-Pokal final gave Borussia Dortmund their first-ever domestic double. It was the stuff of dreams for the supporters. After years out of the spotlight, Dortmund were great again.

Next target was to make the club a genuine European contender and it happened in the 2012-2013 season. Dortmund made the UEFA Champions League final, beating the likes of Manchester City and Real Madrid to reach the showpiece event at Wembley Stadium. Standing in their way of a second UEFA Champions League victory were their great rivals from Munich. Bayern had regained the Bundesliga title and in an intense and keenly-fought match, it was an 89th minute winner from Arjen Robben that separated the sides. Bayern went on to win the treble in Heynckes’ final season and a new rivalry was about to emerge in the Bundesliga between Klopp and Pep Guardiola.

Guardiola drew first blood with the signing of playmaker Mario Gotze from Dortmund after Bayern activated his release clause in his contract and in the end, Bayern ran away with the title in 2013-2014, winning the league title by a staggering 19 points. Despite scoring 80 goals and boasting the top scorer in the league in Robert Lewandowski with 20, Dortmund were no match for Bayern and in the DfB-Pokal final, Bayern underlined that strength with a 2-0 victory.

Lewandowski joined Bayern that summer on a free transfer and Klopp’s time with Borussia Dortmund was drawing to a conclusion. The 2014-2015 league season was disastrous. Dortmund won only four matches in the first half of the season and when FC Augsburg won 1-0 at Signal Iduna Park on 4th February 2015, Borussia Dortmund dropped to the bottom of the table. Relegation looked a distinct possibility. Roman Weidenfeller and Hummels were seen in tense exchanges with frustrated supporters. Two points from safety, Dortmund rallied with nine victories in their last 14 matches and climbed up to seventh position by the season’s end. However in April 2015, Klopp announced he would be leaving at the end of the campaign. There was an enjoyable penalty shootout victory over Guardiola’s Bayern in the DfB-Pokal semi-finals but no fairytale ending as VfL Wolfsburg won the final 3-1 in Klopp’s last match as Dortmund manager.

He departed for a brief break away from football but the Premier League would soon be calling.

In October 2015, Liverpool FC elected to part company with Brendan Rodgers just hours after a 1-1 draw in the Merseyside Derby with Everton. Immediately, Klopp’s name was heavily linked.

On 8th October, Klopp was officially appointed as the Reds new manager and at his first press conference, quipped himself as “The Normal One” in reference to Jose Mourinho’s infamous press conference when he was unveiled as the Chelsea manager for the first time in 2004 when the Portuguese claimed to be “The Special One.”

Klopp began his reign in English football with a goalless draw away at Tottenham Hotspur where it was already evident that his ‘Gegenpressing’ tactics were being deployed and developed. Liverpool’s pressing and sprinting statistics were already on the increase.

His first Premier League victory came two weeks later with a fine 3-1 win at Chelsea against Mourinho and although there was still some inconsistency in the Premier League, Klopp helped Liverpool to two cup finals in his first season. Both ended in defeat. Liverpool lost on penalties to Manchester City in the League Cup final and despite taking the lead in the UEFA Europa League final against Sevilla, fell away in the second half to lose 3-1. The Europa League run did include victories over Manchester United and his former club Borussia Dortmund, with a thrilling comeback win in the second leg.

After finishing eighth in the Premier League in 2015-2016, Klopp and his coaching staff signed a six-year contract extension. In 2016-2017, Liverpool FC returned to the UEFA Champions League, securing qualification via the Premier League with a fourth place finish which was wrapped up on the final day with victory over Middlesbrough. The Reds finished undefeated against the other members of the top six, so could have finished higher but for some disappointing losses to teams in the bottom half of the table including Burnley, Swansea City and relegated Hull City.

Although the Merseysiders were thrilling to watch, they were still leaking goals at an alarming rate at the back and Klopp knew it. In January 2018, he paid a world-record transfer fee for a defender to Southampton, acquiring Virgil van Dijk for £75 million. Immediately, the Dutchman’s presence saw Liverpool boast the best defensive record in the second half of the Premier League campaign in 2017-2018. Heavy losses to Manchester City and Tottenham Hotspur were quickly forgotten and Liverpool finished fourth for the second consecutive campaign. The thrills though were saved for the UEFA Champions League. Liverpool knocked out FC Porto, Manchester City and AS Roma on their way to the UEFA Champions League final in Kyiv. However, it ended in a 3-1 loss to Real Madrid meaning Klopp had now lost six of his previous seven cup finals.

In pre-season 2018, the squad was strengthened further by the additions of Fabinho from AS Monaco and the long-awaited capture of Naby Keita from RB Leipzig. Six successive victories at the start of the season saw Liverpool achieve their best start to a season in their 126-year history and they topped the table on Christmas Day, finishing the first half of the campaign unbeaten. Their one and only loss so far this season came in early January away at Manchester City.

Liverpool are desperate to land the Premier League title for the first time and they believe they’ve got the manager to end their league championship drought. Can Jurgen Klopp deliver what the fans want? Only time will tell.