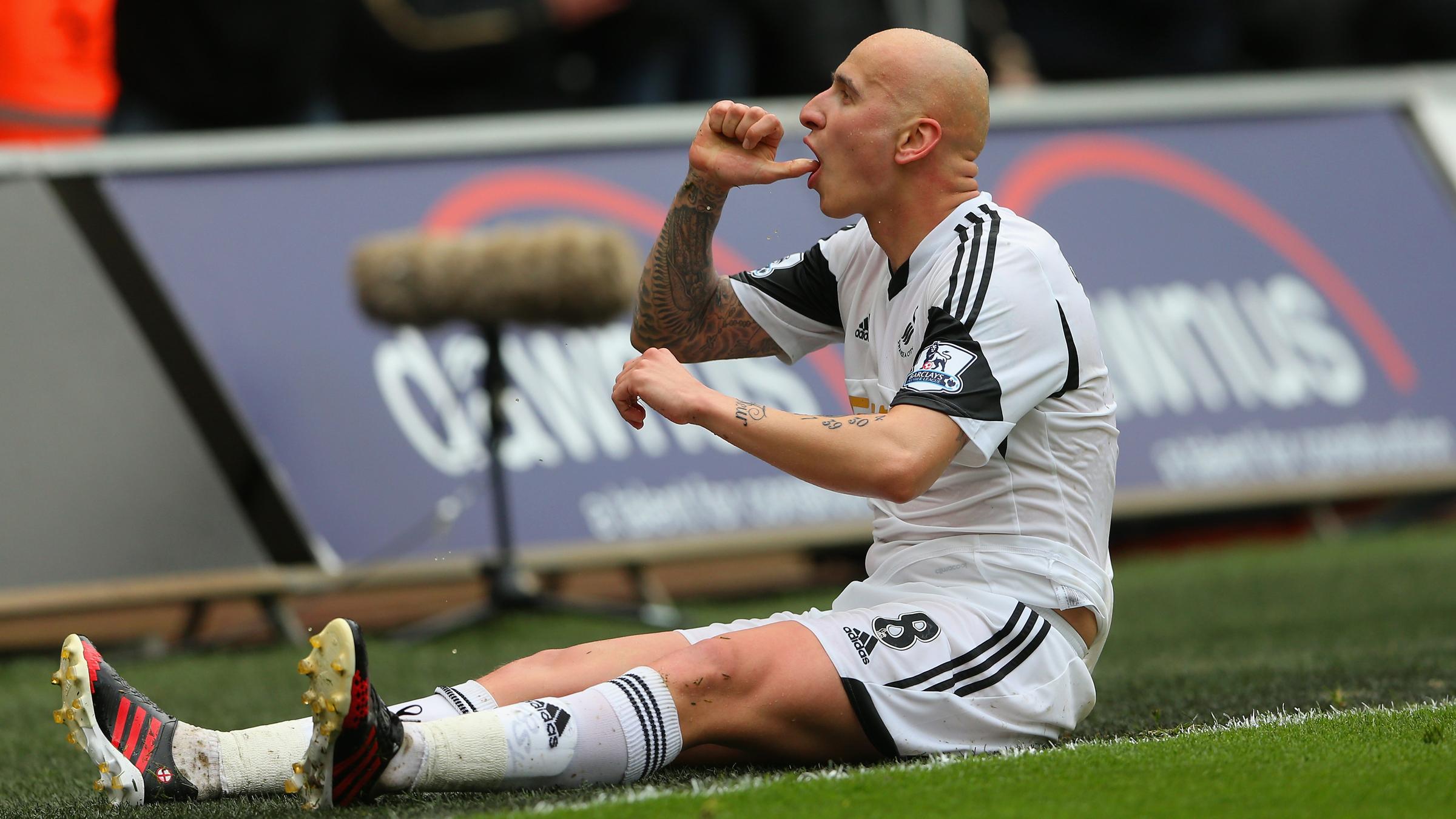 Swansea City’s Premier League survival was virtually secured in 2013-2014 by this special long-range effort from distance from the enigmatic Jonjo Shelvey.

The opportunity was presented to the midfielder by Aston Villa defender Ron Vlaar, who cleared the ball aimlessly down the park without looking at his options. Shelvey claimed the loose ball and after controlling it on his chest, he went for goal from distance.

He got the perfect amount of accuracy, speed and height on his effort and with Villa goalkeeper Brad Guzan in an awkward position, Shelvey’s effort dipped over Guzan and ended in the back of the net.

There were some great goals during the 2013-2014 season and this definitely had to rank among the top 10. It demonstrated what Shelvey is capable of which has often been masked by injuries and ill-discipline.